I wish I were a better liar.

Dallas Cowboy Fan will ask, checking the fridge for a late night snack. “Hey who ate the last of the ice cream?”

“Uh… the cat?” It’s the first thing that comes to mind since I blame the cat for everything.

I’ve often thought that I need to work on my lying skills. I suppose that “lying’ is a sad thing ,but it would be handy to have a quick comeback for the neighbor who’s always asking how much I paid for something.

I’ve come across some research about women spies during the Civil War, and wondered how they pulled off their lies.

Already, I’ve learned a lot from Belle Boyd, a seventeen-year-old Southern belle who

stumbled into her espionage career when Union soldiers tromped into her West Virginia home. The men insulted her mama, so she pulled out a gun, shot, and killed one the bluebellies. Then she charmed the soldiers who were keeping sentry over her, was exonerated, and ended up marrying the captain of the  unit. This put her in the perfect position to hide in closets and listen to her hubby’s conversations with  fellow officers.

The young, sneaky vixen wrote down their loose-lipped war secrets, pressed the paper into a hollowed-out watch, and sent her maid scurrying past enemy lines to the Confederates.

(NOTE TO SELF: This is what it takes to be a good liar: an accomplice and an ordinary item with a secret hidey-hole in it.) 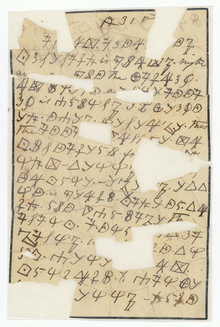 Then there was Rose O’Neal Greenhow who ran a boarding house in the nation’s capital. She made connections with presidents, generals, and military officers, and then passed whatever information she gleaned to pro-Confederate members of Congress.

It was Allen Pinkerton, head of the Secret Service,  who finally caught her and her 26-symbol cypher for encoding messages. Even confined to her house, she allegedly continued to send messages using  the position of her blinds or the number of candles in her window.

(NOTE TO SELF: Work out a code system.  BLAH!!! Already this is starting to sound like too much work. I can’t even keep track of sticky notes.)

She was arrested and released several times, finally running the blockade and escaping to London where she wrote her spy memoirs which sold like hotcakes among the Brits.

(NOTE TO SELF: Stop writing books about Lutheran Ladies. Become a Lutheran spy, then write a book about being a spy.)

A few years later when she sneaked back into the U.S., her boat was chased by a Union gunboat. It capsized and she drowned at Cape Fear. She might’ve survived, but she’d sewn the royalties from her books ($2,000 worth of gold) into her undergarments. Down she went.

So in honor of “change”, I’m learning a new skill. I’m practicing lying, cyphering, and hiding stuff, by using several secret hidey holes to stash my important treasures: chocolate, mad-money,and postage stamps [because everybody raids my stamps when they want to mail something]. Unfortunately, I’ve run into a few glitches.

I forget which place I’ve stashed what. I write myself notes, but then misplace the notes among the million pieces of paper on my desk.

At this point,  I’m not sure if I”m simply hiding stuff from myself, or if Dallas Cowboy Fan has actually found my stash and is lying about it.

It was easier when I just blamed the cat.

3 thoughts on “How to Lie and Spy”