You know how I love change, (cough, cough).  Well, I’m sure the Kitchenettes, those brave ladies who clean the church kitchen, are gonna love the Exhaust Burger Dinner. As a matter of fact, it’ll change every busy man or woman’s life.

No more rushing home from

to cook dinner. A home-cooked meal is just a drive around the block, a few times with the …..

Add the burger in the handy-dandy pocket. It’s not cooked by the fumes, but by the heat generated by those fumes as you drive your car.

Sorry, only one burger at a time, but if traffic is bad…you can hop out while I-5 looks like a parking lot and change those patties. (Hint: Keep a foil pouch in the back seat and toss the cooked burgers in.)

Featured in Design Boom in 2008, I’m just not sure why it doesn’t come standard with a new car purchase.

How do you get dinner on the table on a busy night?

Let”s have coffee sometime and catch up.”  “Yeah. We should do that.”

And as my friend walks away, we both know,  it’ll never happen. Time, kids, older parents, volunteer work. It all gets in the way. We’d like to be better friends, but when? We just did all the “catching up” we wanted to do  in the grocery store, standing between the toilet paper and toothpaste.

It used to be you knew your fake friends.

Even that has changed:(and we like to examine change….)

Why do people want fake friends? StatusPeople.com explains it like this, “People buy

followers in a vain attempt to build legitimacy. They are essentially trying to game the system.

A search in the WP forum shows this can be a problem for blogs, also. Out of nowhere, a blogger get 5 -10 new subscribers a day for several weeks. The Help Gurus say no harm can come of it and never mind that the followers have suspect names, or link back to a blank page or even a Wikipedia page.

What can you do?

For Twitter, you can enter your handle at Status People  and  discover the number of fakers you have.

For WP:  There’s nothing you can do if fake friends want to follow you. They’re autobots. They won’t comment. They won’t pump up your popularity.

Maybe it’ll help us remember to cherish and take some time with the friends we really do have. 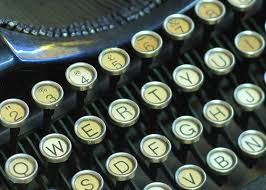